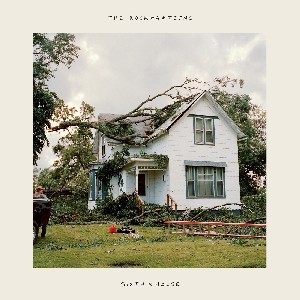 Born in Cabbagetown, Georgia, the Rock*A*Teens carved their signature echo-wrapped, wounded-heart music on the edges of the Atlanta music scene more than 20 years ago. Led by songwriter and lead singer/guitarist Christopher Lopez, the band released a handful of reverb-drenched singles and full-lengths on the independent Daemon and Merge labels in the late '90s and early 2000s. Following their reunion at the Merge 25 festival and the reissue of their last LP Sweet Bird of Youth (Merge, 2000), the group returned to touring and playing live. Restless with the need to move forward, the band began writing and recording new music. Guided by a batch of home recordings and demos, Lopez, guitarist Justin Hughes, bassist William R. Joiner, and drummer Ballard Lesemann convened with Tim Delaney at Electron Gardens Studio and Rafael Pereira at Tribo Studios to shape their ideas into the glorious, bombastic new album Sixth House.

These days, Lopez and the R*A*Ts are turning towa rds a more refined approach to recording and performance while preserving their distinctly unvarnished lyrical and musical perspective. "In the past we hid behind walls of reverb, noise, production tricks," Lopez says. "We wanted these particular songs to stand in the light." On Sixth House, the gauze is removed—the anthems are illuminated, the ballads are clear-eyed, and the stories are in sharp focus. Mixed by Pereira and engineer Spencer Willis and mastered by Bob Weston at Chicago Mastering Service, the album features artwork by NYC photographer Chris Verene. Sixth House stands out as the band’s most musically distinct, vibrant, and soulfully rendered album of its career.