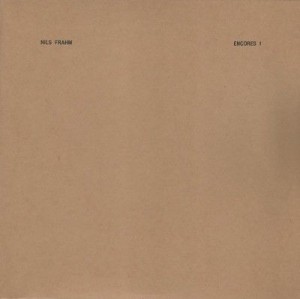 Encores 1 is five track 12" vinyl EP previously only available as an exclusive, limited release via Rough Trade. It was recorded in Nils Frahm's studio at the Funkhaus in Berlin, as part of the same sessions for the recently released and universally acclaimed new album, All Melody (Official Album Charts #21), released earlier this year on Erased Tapes.

A1. The Roughest Trade
A2. Ringing
A3. To Thomas
A4. The Dane
B1. Harmonium In The Well