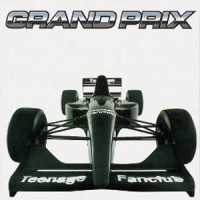 Originally released on Creation Records, this long out of print classic has been re-mastered for the first time from the original tapes at Abbey Road Studios, London under the guidance of the band, Norman Blake, Gerard Love, and Raymond McGinley. Packaged in a faithful re-production of the original vinyl artwork and available on heavyweight 180g single vinyl.

This is one of a series of five releases, and for each the band have also selected rarities, favourites and tracks previously unavailable on vinyl to include on a 7” with each album. These 7” singles each feature two tracks and are only available with the initial pressing of each album.

Andy says: Probably Teenage Fanclub's best ever album. Released in 1995 and spurred on by label mates Oasis ( doing something pretty similar, to be honest) igniting the scene, this record has classic song after classic song and still rings true to this day.

Bonus 7”
1. Every Step Is A Way Through –‘Neil Jung’ B-side, First Time On Vinyl
2. Some People Try To Fuck With You –‘Mellow Doubt’ B-side