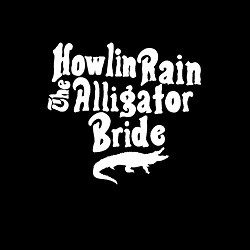 On June 8, Oakland, California’s Howlin Rain return with The Alligator Bride, their fourth album of swampy, ragged, unapologetic rock ‘n’ roll. Led by Ethan Miller (co-founder of psych rockers Comets On Fire and Heron Oblivion), the band recorded the album with Eric “King Riff” Bauer at the Mansion in San Francisco, direct to tape, in one or two takes. It’s their first release on Silver Current Records, the artist-run label owned by Miller, and gleefully indebted to classic rock formations like the Grateful Dead’s Europe ‘72 and Free’s masterpiece of atmospheric, minimalist blues, 1969’s Fire And Water. “The guiding principle for The Alligator Bride was to create ‘Neal Cassady Rock,’” says Miller. “Which is to say, high energy, good-times adventure music, driving the hippie bus, shirtless and stoned, up for four days straight, and extremely fuzzy around the edges.” It’s a fitting vision for the band: torn between eras, fuzzed out but full of soul, an epic perspective on what’s come before and what lies ahead, woven into a cosmic tapestry of riffs, rhymes, and resonant frequencies.

LUHSpiritual Songs For Lovers To Sing