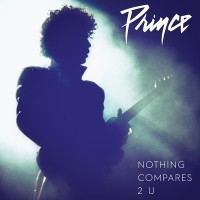 Working in conjunction with Warners, The Prince Estate bestow us with some brilliance from the genius mind of the purple one, releasing the original version of the classic "Nothing Compares 2 U" on a limited 7" single. This previously unreleased version was recorded in 1984, six years before 1990’s classic reimagining by Sinéad O'Connor and 15 years before the rest of world adopted Prince's syntactic lead with the release of the 3210. The track was recorded at the Flying Cloud Drive 'Warehouse' in Eden Prairie by Prince’s long-time engineer Susan Rogers, and originally composed, arranged and performed in its entirety by Prince, aside from the backing vocals by Susannah Melvoin and Paul "St. Paul" Peterson and Eric Leeds' stunning saxophone work. In case you're one of the 14 people in the world who doesn't know this track, it's Prince in full funk ballad pomp, pouring his heart and soul into utterly impactful, everyday lyricism about a fading love, while riffing, synthing and grooving his way through a slow soul backing.

Patrick says: The best ballad ever written, by the best musician ever.