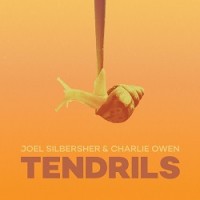 With sonic similarities to the likes of Richard Thompson (there’s a mind-melting cover of his “Night Comes In” track here, too) and John Martyn, as well as more contemporary troubadours such as Ben Chasny (Six Organs Of Admittance) and Steve Gunn, Tendrils often feels like it’s on the verge of musical collapse, but pulls itself together with delicate and intricate guitar work, gentle vocals and occasional percussion lending it a steady pulse.

The duo released one more CD, this one under the Tendrils moniker, in 1998 on the Half A Cow label, before parting ways. We think this is a very special release which deserves a new appreciation and a 21st-century audience. Both Joel and Charlie are still very active in music (Joel’s other band, Hoss, will be releasing their first album in 20 years on Sorcerer in 2018), but with Tendrils you get to hear the magic they made together circa 1995. This edition comes newly remastered by Mikey Young with fresh artwork design from Luke Fraser and is limited to 500 copies worldwide.