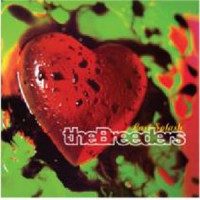 Originally released by 4AD in August 1993, ‘Last Splash’. By the time this album was released, Tanya Donelly had left the band to for Belly and Kim Deal had been joined by her sister Kelley. The album features possibly their best known song, the late 90s indie-disco classic ‘Cannonball’.

New Year
Cannonball
Invisible Man
No Aloha
Roi
Do You Love Me Now?
Flipside
I Just