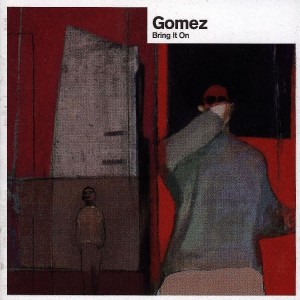 To commemorate the 20th anniversary of Gomez’s Mercury Music Prize winning debut album, Bring It On will be re-mastered and reissued (20.4.18) as a super-deluxe 4CD with an accompanying remastered double LP release (180 gram with download codes).

The 4CD 20th Anniversary edition of Bring It On contains the original, classic album remastered by Frank Arkwright @ Abbey Road studios and 35 previously unreleased tracks including 25 demos (recorded between January 1996 and August 1997) - 13 of which are appearing on an official Gomez release for the first time. The Super Deluxe box set contains 35 previously unreleased tracks. The collection features 25 demos & 13 songs never released in any form by Gomez, including covers of Neil Young’s “Unknown Legend” and “T-Bone Walker’s Mean Old World” plus the band’s 1998 Glastonbury performance and BBC sessions. The package includes a 10,000-word essay by music writer Paul Stokes, with new interviews with the band and those close to them.