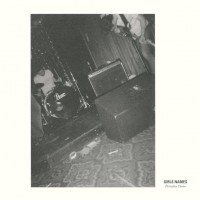 Primitive Desire is an 11-track collection of the first ever studio sessions by Girls Names, recorded in 2009 in Belfast. It compiles their debut EP originally released on Captured Tracks, the eight songs that originally featured on the long-out-of print You Should Know By Now mini-EP released on Tough Love, and a hereto-unreleased bonus track. Primitive Desire is exactly as labeled and provides fans with a document of the band's early years as a two-piece, fuelled by a distinct nervous energy and nascent dark edge that would manifest itself much more obviously on subsequent albums.