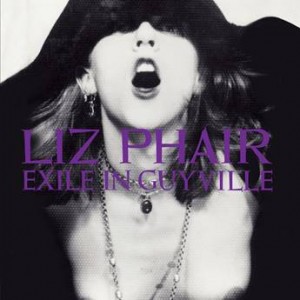 2018 marks the 25th anniversary of Liz Phair’s landmark Exile in Guyville album. On May 4th, Matador Records will reissue the album on vinyl and CD. Re-mastered by Emily Lazar at The Lodge, the album is set for a remembrance worthy of its greatness. In addition to the straight reissue, Matador is also releasing Girly-Sound To Guyville, an extensive vinyl box set to celebrate the anniversary.

Originally released in 1993, Exile In Guyville is a seminal album and a feminist landmark. Its legendary status has only grown over the years. It’s continually included in countless lists…Rolling Stone’s 500 Greatest albums of all time + 100 best albums of the 90s, Pitchfork’s Top 100 albums of the 90s, etc. Numerous essays and think pieces have been written about it and the number of accolades piled on is endless.

Since the release of Exile in Guyville, Liz Phair has continued to defy expectation and break barriers. She has released five albums, and is currently working on a new one with Ryan Adams. She has also composed music for television shows and received awards for that work. In November, it was announced that she would be fulfilling a longtime dream to be an author, having received a two-book deal with Random House. Her first book will be called Horror Stories which focuses on “heartbreak, motherhood, and everything in between.