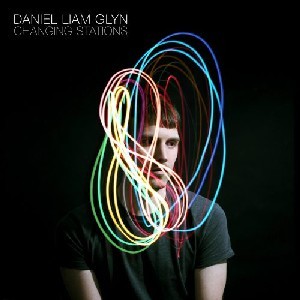 From a young age I've envisaged numbers, letters and words in colour. Each day would have a specific colour in my mind as well as months of the year; enabling me to have an expansive long-term memory. I soon identified myself as someone who had both Grapheme Colour and Spatial Sequence Synaesthesia; a neurological phenomenon where a person perceives words, letters, shapes, and numbers in colour and sometimes in taste and smell.

When I left university I moved to London and began looking for things to inspire composition. I was fascinated with the London Underground and how it worked. The formation, the design, and the vast diversity of the commuters who travelled on it. The tube map instantly popped up as something I wanted to study. Each line I travelled on had contrasting atmospheres, a certain type of commuter and an overall feel. Different speeds, sounds and smells - but more importantly, a different colour! I wanted to write 11 pieces for piano, assigning the key signature in my mind to the colour of the tube line being represented (for example, A = Red, A major = Central line). I also studied literature regarding 'characteristics' of key signatures dating back to the 1800's and paired them up with my own descriptions of the tube lines (F# minor, a gloomy key = Green = District Line - full of delays and lethargic thoughts).

I aimed to bind the characteristics and emotions possessed by each key signature with the thoughts, feelings and descriptions of the Underground by London commuters who can be heard throughout the record. The composition, recording and production of the entire project has been an amalgamation of classical and contemporary formations. It pays homage to the Underground's history whilst using forward thinking / modern approaches to it's current service. Each recording took place between Manchester & London through the use of computers and mobile phones; mirroring the revolution in technology with the London Underground through the years.

Barry says: A beautiful, and conceptually superb suite of plaintive modern-classical utterances and spoken word narration. Somewhere between the grand, filmic post-rock of This Will Destroy You and the soundtrack work of Adam Wiltzie, Richter et. al. Beautiful.