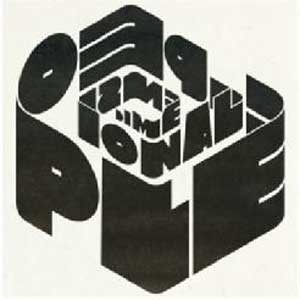 Mouse On Mars are joined by Justin Vernon (Bon Iver), Aaron and Bryce Dessner (The National), Zach Condon (Beirut), Spank Rock, Sam Amidon and many more on their most inventive album to date.

Mouse On Mars’ Andi Toma and Jan St. Werner return with ‘Dimensional People’. The electronic music pioneers have been critically acclaimed for their playful and inventive sound and production techniques on releases spanning from the early 1990s to now. In demand from a surprising array of artists their most recent contributions are featured on the Grammy award-winning album ‘Sleep Well Beast’ by The National.

‘Dimensional People’ is by its nature a collaborative album. Originally premiering as a spatial composition using objectbased mixing technology playing with the possibilities of sonic design (4D Sound) and collective musicianship, the recording expands upon these ideas. ‘Dimensional People’ expresses itself as a dynamic 50-piece orchestra, telling a story in sound.