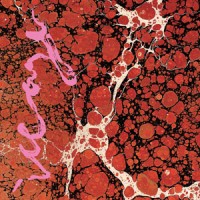 Beyondless radiates joy. It’s an album that shows Iceage finally catching up with their ambition, all the while retaining the rich character of the band’s brash beginnings. It’s important to pay attention to the journey, from New Brigade (2011), a juvenile delinquent take on post-punk, full of cold, distant condemnation, and onto the ecstasy of You're Nothing (2013), shedding the more aggressive hardcore influence and dragging in more light, a tendency followed on Plowing Into The Field Of Love (2014). Throughout their career, the band’s charm has rested in their running ahead of themselves with blind confidence; on Beyondless, they are treading with a disarming assurance, but no loss of charm.

The album was produced by the band with Nis Bysted, and recorded all-analog by Mattias Glavå at Kungsten Studios in Göteborg, Sweden, and mixed by Randall Dunn at Avast Studios in Seattle. The album was played entirely by Iceage with additional performances by Nils Gröndhal (violin), horns by Kasper Tranberg (trumpet), Lars Greve (saxophones) and Morten Jessen (trombone).

Barry says: Switching from nodded-out psychedelic shambling melodies to driven garage-rock interludes, Iceage are brimming with spirit and equally matching their loosely laid melodic foundations with a relaxed but effective approach to songwriting.