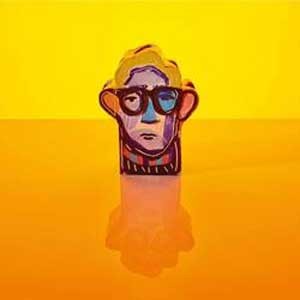 Alexis Taylor releases a new album on Domino. It is a very new, very individualist and – yes – very beautiful reflection of a life that's changed immeasurably since Alexis first started out in music. This is a musician, writer and singer who has carved his own unique path through the music of the 21st century, completely avoiding getting trapped along the way in dumb oppositions of pop vs avant-garde, dancefloor vs intellect, retro vs modernist and so on. He has worked with living legends from major pop stars to free improvisors in the furthest left field, played huge arenas and tiny clubs without ever privileging one over the other, and through all of it, never stopped listening and learning. All of this accumulated experience is put to work on Beautiful Thing in pursuit of something subtle and elusive but ultimately quite profound and beautifully human. Taylor’s fourth album also represents the first time Alexis has made a solo album with a producer, that producer being Tim Goldsworthy, co-founder of Mo Wax and DFA Recordings and member of UNKLE.

The record is a bold and confident step forward for Alexis both sonically and in terms of his songwriting abilities. It has electronic thrills, dark spaces, memories of dancefloors, heartfelt writing; it's composed, it's improvised, it's accidental, it's strange, but it's also very immediate. It is a beautiful thing itself: a moving, modern and unique sounding long-player, to get lost in on repeated deep listens.