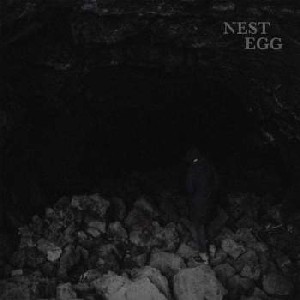 As with all Fuzz Cub albums these are Indies only. Available on 180gm vinyl. Nest Egg are a three-piece from North Carolina who describe their heady and motorik psych-rock wig-outs as ‘mood music for nihilists’. Formed back in 2011, the band have built up a formidable reputation in the US live circuit, playing with everyone who’s anyone - from garage juggernauts Thee Oh Sees to space-rock innovators Loop. Following a handful of tapes and singles, in 2015 the band released their debut album ‘Respectable’. Three years later and they’ve joined forces with London-label Fuzz Club Records for the release of their sophomore album ‘Nothingness Is Not A Curse’, a record that’s been in the works since the summer 2016. In a similar ballpark to the likes of Moon Duo or Follakzoid, the new record see’s Nest Egg free-fall, arms flailing, down an all-consuming rabbit-hole of cosmic repetition, tripped-out drones, swirling analogue synths and cacophonous guitars; the driving krautrock gusto never letting loose for a second.