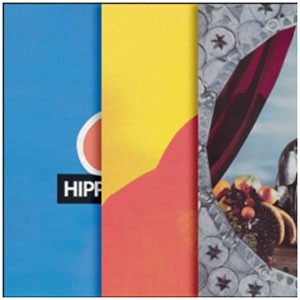 Cherry Red Records are very proud to be working together with Momus again, following on from the success of their 2016 collaboration, Pubic Intellectual – An Anthology 1986-2016. Named after the Greek god of mockery, Momus is prolific Scottish songwriter, author and journalist Nick Curry, who has now been releasing critically acclaimed music in a style all of his own for over thirty years. Following Cherry Red’s recent release of Momus’ first three Creation Records albums, the final three classic albums for Creation Records (Hippopotamomus - 1991, Voyager - 1992, Timelord – 1993) have now been compiled together in one very attractive package, combining this already genius material with a selection of fantastic bonus tracks selected by Momus himself. Hippopotamomus, Momus’s fourth Creation Records LP, was seen as the artist’s flat-out tribute to his idol Serge Gainsbourg, which courted controversy in a similar vein to his idol’s antics upon its release by landing the artist in hot water, both in the music press, and in the courtroom for its questionable content. Its follow-up, Voyager, is often seen as Momus’s first, and best, in his trilogy of albums addressing the near-future sci-fi androgeny of Japan. While Timelord remains Momus’ open love letter during his personal romantic turmoil of the early ‘90s.

Disc: 1
1. Hippopotamomus
2. I Ate A Girl Right Up
3. Made Of Rubber
4. A Dull Documentary
5. Marquis Of Sadness
6. Bluestocking
7. Ventriloquists And Dolls
8. The Painter And His Model
9. A Monkey For Sallie
10. Pornography
11. Song In Contravention
12. The Mechanical Arm
13. Smart Drugs
14. Life Of An Office Worker
15. President Of Love