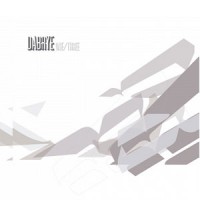 It was chance that brought about the release of One/Three, Dabrye’s debut album. Early demos were tucked on the B side of a cassette Tadd Mullinix passed to Sam Valenti in 2000 while working at the Dubplate Pressure record shop in Ann Arbor. Mullinix had spent the late ’90s producing jungle, techno, house, hip-hop and more using the All Sound Tracker software as a primary instrument. Each style pulled from a similar sound palette as Mullinix used limitations to define the contours of di erent musical personalities. Dabrye was his hip-hop wildstyle, a captivating collage of sparse instrumentals inspired by the laid back vibes of midwestern hip-hop and east coast boom bap, the futuristic funk of Umma-era Jay Dee, and the calculated subtlety of Detroit dance music. Released in 2001 as the first in an intended trilogy, One/Three announced Dabrye’s arrival with an unavoidable contribution to Detroit hip-hop. Ghostly International is reissuing the album in 2017 for the first time, including a long overdue vinyl edition.

On its release One/Three was the rare album that appealed to both fans of Slum Village’s smooth yet rugged hip-hop and enthusiasts of the distinct American IDM released by labels like Schematic. Over the following decade, the inadvertent demo submission turned into a body of work that placed Dabrye alongside innovators such as Prefuse 73 amid the cannon of a new generation of producers. Today, One/Three remains a concise and intriguing study in instrumental hip-hop that helps join the dots between J Dilla and Flying Lotus.

One/Three is a record that says much with little. There are no obvious hip-hop tropes. Instead Mullinix captures the ingenious minimalism of ’90s hip-hop instrumentals to build tracks both supple and hard, joyous and melancholy, full of sharply angled rhythms and warm rubbery basslines: ‘The Lish’ throws a sickly sweet saxophone against digitally fragmented melodies; ‘How Many Times (with this)’ draws you in with an irresistible, clipped guitar groove; the rhythmic stutter of ’Smoking The Edge’ makes your head spin with pleasure. Playing with his inspirations, Mullinix injects omitted downbeats for imagined rhymes and repurposes the intricacy of ragga jungle for breakdowns.

But what really defines One/Three is the rhythmic sensibility and metric modulation of Detroit’s school of hip-hop production, which Mullinix was a fervent student of. The beats feel like they’re constantly escaping a rigid tempo grid even though they are, in fact, pretty tight. “A lot of it is nuance,” Mullinix explains. “I’ve been known to say that I’m not impressed by spectacle. I think that nuance is what really captivates people.”