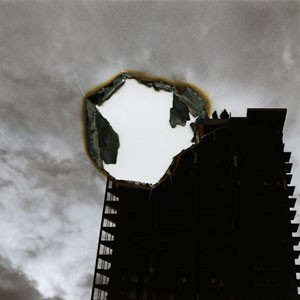 The nicest thing anyone has ever – ever – said to Jo Hirabayashi, frontman of Jo Passed, is that his band's debut album sounds like “fucked-up Beatles”. Titled Their Prime, the LP does sound like fucked-up Beatles. It sounds like, somewhere across an ‘80s universe, Lennon and McCartney discovered Can and Neu!, and maybe a little Sonic Youth and XTC along the way. Opening with “Left,” it demonstrates that timeless knack for dreamy melodies – chord progressions that sound like they were created in a land far far away. Lyrically, however, it's imbued with a philosophical longing for answers to questions that have resurfaced for the first time since the explosion of counterculture in the late 1960s and early 1970s.

Their Prime is a record about identity and the loss of time that happens as a direct consequence of being in the city with nowhere to rent, no time outside of employment and no realistic expectations to live up to. It encompasses that fear of being beyond the glory years, the most creatively fruitful period of one’s life. Those years were lost to contemporary struggles for working relationships, home, identity and space. “It's me owning my worst nightmare,” he admits. “A lot of the Jo Passed project has been about confronting fears. I was afraid to move away from Vancouver to Montreal on my own. Afraid to leave musical relationships I had. Afraid to bare the full responsibility of a project. I've been putting out records and not ones anyone's necessarily heard. Being open about those fears is a good way of dealing with them. You end up at this point where you hit 30 and you're like, 'Oh what happened? Am I done? Did I not activate my main creative energy?' It's a ridiculous idea but 30 feels a little like 1000 in rock n roll terms.” You can hear the frustrations and the jitters in the crashing loud-and-quiet motifs throughout the album's twelve tracks, which offer up a patchwork quilt of sound, similar to Faust's IV or Fugazi's Red Medicine.