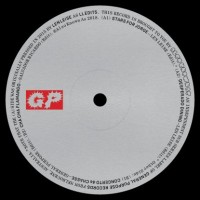 Those general purps, Len Leise and Salvador Ricardo return to our shelves with the first release in snazzy little sub-series 'Also Known As'. Edits are the order of the day, beginning with the long awaited, feverishly anticipated repress of Len's LL Edits from back in 2015. Pressed in a run of about 27, the original was in such high demand that the scalpers price had hit £90 before my copy had even arrived. The hype was fully deserved too, as "Stars For Jorge" delivers a warming kick, Spanish guitar licks, glistening keys and enchanting choral vocals, beguiling all and sundry with its organic charms. Then you get "Desperado Dining", a hypnotic, echo drenched fusion of outback funk, Basic Channel dub and Balearic boogie, filtered to perfect for cocktail sippin enjoyment. Flip it to the B-side and we have a couple of freshly pressed edits, the polyrhythmic pigmy chug of "Concerto De Chasse" and the breezy Balearic bossa of "Cha Cha Flamongo".

Patrick says: 'kin 'ell! Len and Ricardo return with an absolute barnstormer of an edit 12" here, boasting the repress of Len's LL Edits AKA Best Balearic Edits of 2015, alongside the frisky and freaky rainforest rumble of "Concerto De Chasse" (DJ Froglicker's pick of the week) and the hot and sultry South American jam "Cha Cha Flamongo". TIP!