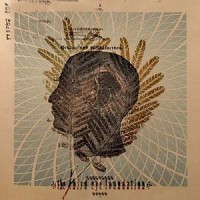 There was a time when The Third Eye Foundation was the mirror of the world from which the group drew its substance. But the reflection faded and dirt accumulated so it only provided deformed images and gradually became the world's shadow. This willingness to look at and express images and words about humans and their environment has since been embodied in the completely open face of its founder, Matt Elliott. Thus, The Third Eye Foundation is a discrete entity, the opposite of what Matt Elliott may otherwise represent.

The Third Eye Foundation is not a project based on openness. The Third Eye Foundation builds walls topped with barbed wire. The Third Eye Foundation captures you, locks you into its universe and keeps you there. It is no longer a question of finding a balance between dark shadows and light. Eight years ago already, The Dark already portrayed this state of affairs. Today, Wake The Dead is banging the last nails into the boards that make up the barricades. If you want to wake the dead, you have to get into the right shape and frame of mind. You need to accept that black is the only valid colour and that it is futile to rely on your imagination to create a way out. Death is a prison for the living. To enter and abandon yourself is a way of temporarily waking those whose absence haunts your memories.

Wake The Dead is like a key which attempts to open the doors of memory. Waking the dead is not a question of meaning but rather of sensations. Free will and free thought have no place here - in the universe of The Third Eye Foundation, humans are no more than a simple product of their environment. This may seem extremely violent and dehumanizing but it is not the case at all. We just need to get rid of our certainties, empty ourselves and put ourselves on the same level as those we consider to be "the other". And that's probably the greatest quality of an album like Wake The Dead.