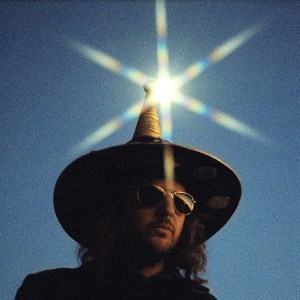 When asked to describe the title track from his new record, Kyle Thomas—aka King Tuff—takes a deep breath. “It’s a song about hitting rock bottom,” he says. “I didn't even know what I wanted to do anymore, but I still had this urge, like there was this possibility of something else I could be doing… and then I just followed that possibility. To me, that’s what songwriting, and art in general, is about. You’re chasing something. ‘The Other’ is basically where songs come from. It’s the hidden world. It’s the invisible hand that guides you whenever you make something. It’s the thing I had to rediscover to bring me back to making music again in a way that felt true and good.” After years of non-stop touring, culminating in a particularly arduous stint in support of 2014’s Black Moon Spell, Thomas found himself back in Los Angeles experiencing the flipside of the ultimate rock and roll cliche. “I had literally been on tour for years,” recalls Thomas. “It was exhausting, physically and mentally. I’m essentially playing this character of King Tuff, this crazy party monster, and I don’t even drink or do drugs. It had become a weird persona, which people seemed to want from me, but it was no longer me. I just felt like it had gotten away from me.” The ten tracks that make up The Other represent a kind of psychic evolution for King Tuff. No less hooky than previous records, the new songs ditch the goofy rock-and-roll bacchanalia narratives of earlier records in favor of expansive arrangements, a diversity of instrumentation, and lyrics that straddle the fence between painful ruminations and a childlike, creative energy untarnished by cynicism. The soulful and cosmic new direction is apparent from the album’s first moments: introduced by the gentle ringing of a chime, acoustic guitar, and warm organ tones, “The Other” is a narrative of redemption born of creativity. As Thomas sings about being stuck in traffic, directionless, with no particular reason to be alive, he hears the call of “the other,” a kind of siren song that, instead of leading towards destruction, draws the narrator towards a creative rebirth. Elsewhere, tracks like “Thru the Cracks” and “Psycho Star” balance psychedelia with day-glo pop hooks. “The universe is probably an illusion, but isn’t it so beautifully bizarre?” he asks on “Psycho Star,” providing one of the record’s central tenets. At a time when everything in the world feels so deeply spoiled and the concept of making meaning out of the void seems both pointless and impossible, why not try? Thomas self-produced the record, as he did his 2007 debut, Was Dead, but on a far grander scale. He recorded it at The Pine Room, the home studio Thomas built to work on the record, and playing every instrument aside from drums and saxophone. He pulled Shawn Everett (War On Drugs, Alabama Shakes) in to assist with the mixing process. While it would be easy to think of The Other as a kind of reinvention for King Tuff, Thomas views the entire experience of the record as a kind of reset that’s not totally removed from what he’s done in the past. “I can’t help but sound like me,” he says. “It’s just that this time I let the songs lead me where they wanted to go, instead of trying to push them into a certain zone. King Tuff was always just supposed to be me. When I started doing this as a teenager, it was whatever I wanted it to be. King Tuff was never supposed to be just one thing. It was supposed to be everything.”

Barry says: A bleak but unbelievably addictive journey into the mind of King Tuff, through the euphoric highs and crushing lows, acoustic balladry and stoned musings. Simmering, heartfelt and absolutely worth every minute. Think the honest acoustic innocence of Daniel Johnston with Jeff Tweedy's perfectly emotive production, and you're somewhere close.