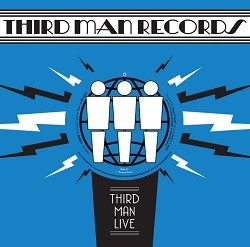 Viva L’American Death Ray Music began in 1999 as “American Death Ray,” the brainchild of Memphis garage scene stalwart Nicholas Ray. Since then, the project has twisted, turned and head-tripped nominally, to its current moniker, and sonically, from Velvets-infl uenced jams into an amalgam of truly exploratory punk, no wave, electronic and psychedelic rock music.

This live 7” will be their first music since their 2013 single, a 7” split released by Memphis big wigs Goner Records. The tracks featured are “The Painter” and “Falling”, both previously unreleased! A highlight is during the A-side, whose repetitive mantra “I am the painter, not the paint”, channels a damaged, American Mark E. Smith, defi nitely for fans of his work. The B-sde showcases what could be an outtake from Alex Chilton’s addled masterpiece “Like Flies on Sherbet”, a barroom song if there ever was one.

A1. The Painter
B1. Falling