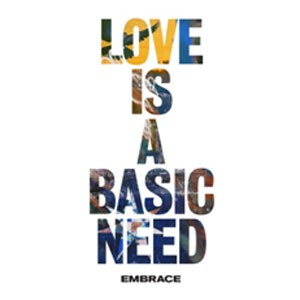 20 years into their recording career Embrace are making an epic and emphatic return with their seventh studio album. With three #1 albums, six Top 10 singles, sold out arena shows and over two million album sales behind them, Embrace returned to the music scene three years ago with their Top 5 self-titled album Embrace. Already being hailed as a return to “classic” Embrace, new album LOVE IS A BASIC NEED was recorded in the first half of 2017 at the band’s own Magnetic North Studio, produced by Richard McNamara. With tracks such as the emotive and powerful Never, LOVE IS A BASIC NEED sees Embrace return to the classic sound that first made us fall in love with them. The album’s overriding theme is one surrounding love and Danny McNamara says; “We set out to make an album where every song on it would stand up against the best songs we’ve ever written, and I’m pretty confident we’ve done just that.”