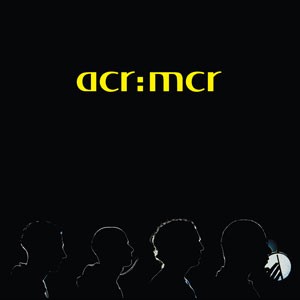 As part of the ongoing collaboration with Mute Recordings Several of their albums will be released, including the long out of print albums 'acr:mcr' and 'Good Together.'A Certain Ratio embraced the ethic and culture of the late seventies post-punk explosion, but sounded like nothing else around them and refused to fit in. Formed in 1978, the band had various members throughout their career, and a core line-up of Jez Kerr, Martin Moscrop and Donald Johnson.

Hailed universally as pioneers of what became known as “punk funk” thanks to the success of ‘Shack Up’ on both sides of the Atlantic, their sound is not easily pigeon holed and their influence can never be understated. The band introduced the avant-garde elements of funk, jazz, electronics, tape loops and technology to the pop song, wrapping it in a post punk aesthetic, adding great clothes and the coolest haircuts. They have gone on to influence generations of musicians - from LCD Soundsystem, Happy Mondays, Franz Ferdinand, ESG, Factory Floor and Andrew Weatherall.