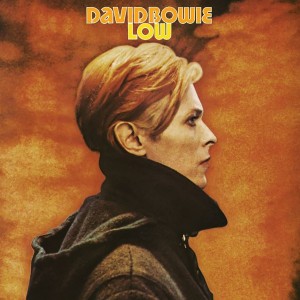 The powerful reach of Bowie's masterpiece, the first part of the much feted 'Berlin Trilogy' created with the aid of Brian Eno, is still being felt strongly almost 30 years on. Air's wonderful four hour Essential Mix began with this album's opener "Speed of Life", Q Magazine rated the album #14 in it's Greatest British Albums Ever, and Pitchfork, the New Testament for the New Indie generation, recently decreed "Low" as the #1 album of the 1970's. Side A (or tracks 1-7 for those more familiar with the CD format) are classic Bowie ("Sound and Vision", "Be My Wife"), although dealing with the unfamiliar and slightly darker topics of lethargy, depression and estrangement, highlighting Bowie's overcoming of his cocaine addiction. Over on Side B the album's true colours really come through - four ambient tracks, originally rejected for the soundtrack to "The Man Who Fell To Earth" (the source of Low's iconic cover image), which see Bowie pay homage to Can, Neu! and Eno himself. The word 'timeless' was invented for such moments as these.