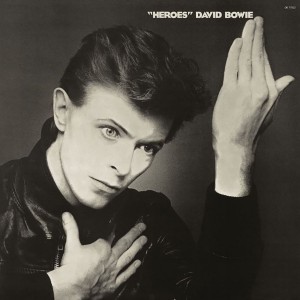 "Repeating the formula of Low's half-vocal/half-instrumental structure, Heroes develops and strengthens the sonic innovations David Bowie and Brian Eno explored on their first collaboration. The vocal songs are fuller, boasting harder rhythms and deeper layers of sound. Much of the harder-edged sound of Heroes is due to Robert Fripp's guitar, which provides a muscular foundation for the electronics, especially on the relatively conventional rock songs. Similarly, the instrumentals on Heroes are more detailed, this time showing a more explicit debt to German synth pop and European experimental rock. Essentially, the difference between Low and Heroes lies in the details, but the record is equally challenging and groundbreaking." - Allmusic.