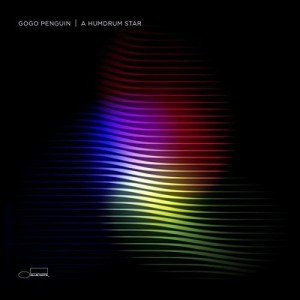 Shop favourites (2016 end-of-year chart high-rollers) Gogo Penguin return for their latest outing on legendary jazz label, Blue Note. The thing about Gogo penguin is, they're a jazz band, but without all the things you'd associate with a jazz band. The beards are as few as their years, and the chin-stroking is not only minimal, but actively discouraged. Their last outing (the stunning 'Man Made Object') mixed the subtle downtempo percussion and slowly unfurling progressions of traditional jazz with tender, minimalistic electronics and ambient textures reminiscent of modern-classical contemporaries liberally littered around the Erased Tapes roster.

Whilst their compositions are completely instrumental, there seems to be a wealth of outside influence making itself known through the phrasing and keys used. While 2015 / 2016 were in no way dream years for society in general, it was clear that there was a playfulness in their delivery of songs like 'Quiet Mind' (incidentally, this particular piece reminded me of the other 'Penguin' band, no bad thing).

As soon as we finish the frenetic buzzing and claustrophobic atmospheres of 'Prayer', it becomes clear that the rather torrid world climate has indeed osmosed into their compositions, swapping out the languid bobbing atmospheres of yesteryear for a highly charged, powerfully visceral sound experience. While the melodic counterpoints are as ever, impeccably realised (and perfectly accentuated by Turner's mindblowing skin-smacking), the euphoric peak is often hidden behind a flurry of call-response dialogue, the peak only being reached through an intentionally laboured conversational swell.

While throughout the album, the simmering malaise invariably breaks through into a grand and sweeping relief, it is in pieces like 'A Hundred Moons' that we get the full-force of their compositional genius, breaking through the residual gloom with airy, tropical percussion and a cleansing palate of major-key lifts and twinkling plucks. Without waxing lyrical about every song in turn, there really isn't much more that can be said, you'll just have to listen to it yourself. Truth of the matter is, Gogo Penguin are one of a kind, and continue to pioneer their own spellbinding brand of electronic jazz.