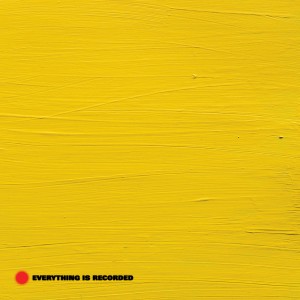 Everything Is Recorded by Richard Russell features an eclectic international and inter-generational cast of collaborators and musicians who include (in order of appearance on the album) Sampha, Obongjayar, Kamasi Washington, Giggs, Ibeyi, Wiki, Syd, Rachel Zeffira, Infinite, Green Gartside, Peter Gabriel and Owen Pallett. The twelve track album features previous singles ‘Close But Not Quite (feat. Sampha)’, ‘Mountains Of Gold (feat. Sampha, Ibeyi, Wiki and Kamasi Washington)’ and ‘Show Love (feat. Syd and Sampha)’, which have been described as “the embodiment of pure, creative freedom” by Noisey and “a celebration of artistic freedom” by Dazed, while The New Yorker stated “Russell’s vision, it seems, is about the power of collaboration … a grand synthesis of XL’s stylistic history."

Everything Is Recorded by Richard Russell was recorded at Russell’s west London studio, The Copper House. Over the past couple of years, the studio became a creative second home for the revolving cast of both new and established artists who passed through to write, record and share ideas, mixing traditional recording sessions with extended, uninhibited live jams that lasted long into the night. With Russell at the production helm, a spirit of soundsystem-inspired collaboration and experimentation runs through the heart of an album that is born out of some spontaneous moments of togetherness and periods of intense personal reflection for its creator, and is at once soulful, timeless and boldly modern.