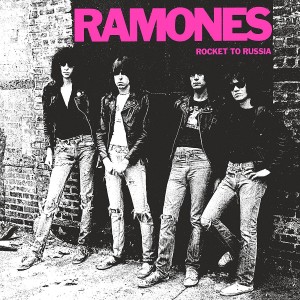 Following the Ramones 40th anniversary reissues campaign; the first three albums by Ramones will be reissued on vinyl with the remastered audio from the 40th anniversary releases. Ramones released its second album of the calendar year (and third overall) on November 4, 1977, capping off one of the biggest years in the history of punk with Rocket To Russia. Among the band’s best-loved albums, it features classics like “Sheena Is A Punk Rocker” and “Rockaway Beach” along with their signature covers of “Do You Wanna Dance?” and “Surfin’ Bird.” It’s also the last album ever recorded by all four founding members, as drummer Tommy Ramone left soon after to focus on writing and producing. This will feature the 2017 audio from the 40th Anniversary Edition of Rocket To Russia - remastered by original Rocket To Russia album engineer/mixer Ed Stasium.