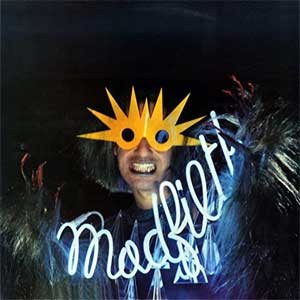 From the pumping heart of The Magnetic System comes the ‘dirtiest’ Da-Dadancefloor anti-jams with this lost 1979 blueprint of Italian conceptual cosmic disco played by the cream of the Goblin studio band. Ultra-rare and unscrubbed, Finders Keepers finally snip the trip from the cash machine to the trash machine.

Fans of ‘other’ obtuse outernational agit-camp might find a fantasy fusion between France’s JP Massiera and Sweden’s enviroMENTAL marvel Kaptain Zoom while trying to unravel the Madfilth tangle - but rest assured there were method men behind this madness and a portal to Italian funk royalty still festers at the bottom of the psych rap scrapheap. • Originally drip-fed out of Cesare Andrea Bixio’s Cinevox stable as one of a tight grip of non-soundtrack LPs, made to test the label’s commercial potential, Madfilth would follow the band Goblin (and their non-cinematic Roller) as well as the hens’ teeth eponymous long player by the group The Motowns in what was perhaps the last-ditch attempt at custom built popsploitation - combining the skills of overqualified composers with undercooked conceptual mind belches. Naturally, after almost 40 years in the barrel, this micro-brewed oddity finally quenches the acquired taste of a new breed of shambolic psychotropic guzzlers proving that 1979 was obviously good year for fool’s gold. The Madfilth medicine has finally come to cure your psychic ills so open wide and don’t bite the spoon.