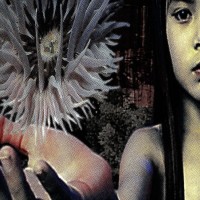 Remastered re-issue of the 1994 double album by experimental electronica group The Future Sound of London. Although slightly lost in the hyped-up murk of the mid 90s, with time, it has become their best-known album and is considered to be an important and influential classic of avant-garde electronic music. It sounds timeless, and could well have been released this week. Using unique and enthralling keyboard sounds, pad presets or ambient washes FSOL create an exotic and otherworldly collage; existing somewhere between the stars and a deserted tropical island. Sprawling, languid, and unhurried, I'm sure this made a brilliant companion to the permo-comedown from all those high end gary's available at the time.