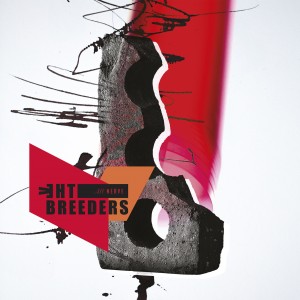 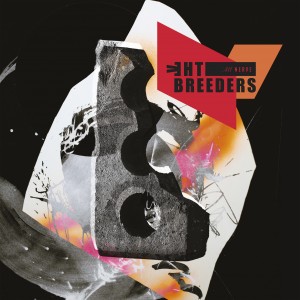 All Nerve – the first new album from The Breeders in a decade – reunites band members Kim and Kelley Deal, Josephine Wiggs and Jim Macpherson, the line-up behind the iconic and platinum-selling record, Last Splash.

The quartet returned to the stage in 2013 to celebrate the album’s 20th anniversary and have been quietly working on new material since then.

Featuring singles ‘Wait in the Car’ and title track ‘All Nerve’, recording took place at Candyland, Dayton, Kentucky, with Mike Montgomery; Electrical Audio, Chicago, with Steve Albini and Greg Norman; and with Tom Rastikis at Fernwood Studios, Dayton, Ohio. Artwork was conceived by Chris Bigg, who has worked with The Breeders since their first album, Pod.

Barry says: It's hard to not to get tingles down the spine when hearing Kim Deal's voice. As one of the most recognisable vocals in grunge history. Deal's role in the pixies was unarguably important, but this really takes that iconic backing vocal and brings it rightfully to the forefront. This is a confident, rocking delight, as nuanced as it is heavy.

Nervous Mary
Wait In The Car
All Nerve
MetaGoth
Spacewoman
Walking With A Killer
Howl At The Summit
Archangel’s Thunderbird
Dawn: Making An Effort
Skinhead #2
Blues At The Acropolis