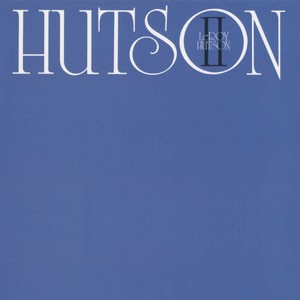 Hutson, long revered on the soul scene for his production, songwriting and performace skills, was Curtis Mayfield’s heir apparent. First chosen by the great man to replace him in the Impressions, and then groomed for an extensive solo career on Curtis' own label, Curtom, Hutson was the real deal. The Hutson catalogue has not been available on any format for nearly two decades, so it's excellent news that Acid Jazz have begun a full scale reissue series in partnership with Leroy himself.
Here we have a deluxe reissue of ‘Hutson II’. Often seen as a partner to the early ‘Hutson’, this is a highly sort after album and a high point of 1970s Chicago soul. Recorded at Curtom Studios, it features the all time classics ‘I Think I’m Falling In Love’, ‘Love The Feeling’ and ‘Don’t It Make You Feel Good’.