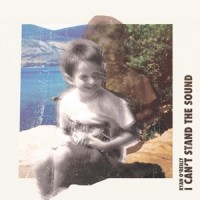 Recorded between the chaos and bustle of a New York cinema on Bedford Avenue, Brooklyn and the windswept loneliness on the south-side of the Isle of Wight in the spring of 2017, I Can't Stand The Sound is the second album from Berlin based English/Irish songwriter Ryan O'Reilly. Produced by David Granshaw and in collaboration with Canadian, Tyler Kyte the album is an exploration in searching for meaning, the meaning in a fatal car accident, the beauty and darkness on the streets of Berlin, comprehending the American landscape at the end of 2016 and trying to filter out the noise of relentless opinions on 24 hour news TV and online.

Littered with snapshots from myriad conversations; A Grandmother's warning that ghosts are never as dangerous as humans, talking to a loved one after a terror attack, a fall from a horse, with a hangover whilst reading in the bath and the faceless people who blithely tell you to 'live your dreams' the characters and conversations restlessly change locations and perspectives.

I Can't Stand The Sound began life on the journey between New York and Tennessee in the aftermath of the American election in 2016, the long conversations, the search for conclusions and reasoning in a void of reason. Written on municipal Frisbee-golf course in East Nashville, a front porch in Hamilton, Ontario and along side the beautiful, dirty Spree in Ryan's adopted hometown of Berlin each place finds it's way into the heart of the album. In May 2017 Ryan, Tyler and Dave travelled back to New York. Joined by members of Toronto's Dwayne Gretzky and Ryan's European touring partners The O'Pears to begin recording of I Can't Stand The Sound in the Cinema/bar where the journey towards the album began six months earlier.