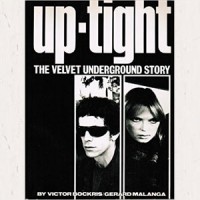 The Velvet Underground is arguably one of the most influential American rock bands ever. Based on interviews with former members Lou Reed, John Cale, and Sterling Morrison, as well as others from Andy Warhol's circle of artistic collaborators, Up-Tight is the definitive oral and visual history of the band and its revolutionary, often avant-garde music. Bockris and Malanga's intelligent and entertaining approach-which does not shy away from the drugs, sleaze, and controversy that enveloped the band seemingly from its inception-provides compulsive reading.