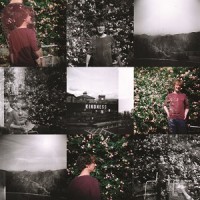 Youngs recorded the album in his hometown, Glasgow, as a cycle of chamber songs, a 21st century update of the solo album – one musician playing all the instruments in a small one-room set up. The album itself began with Youngs collecting his own percussion samples: from handclaps, a battered old cymbal, an extractor fan vent, FM radio interference, cassette hiss and a kick from “a disastrously ‘80s sounding drum machine”. These were then used to programme beats, played back at randomly determined tempos in durations mapped to randomly chosen major label songs.

The original plan was to send Belief out to the ‘major’ labels and collect the rejection letters as an art project. But, as soon as the album had been mixed, Daniel O’Sullivan (Grumbling Fur, This Is Not This Heat) played the songs to Tim Burgess and before the mail art project could take off, Belief became Richard’s debut for Tim Burgess’ O Genesis Recordings label.