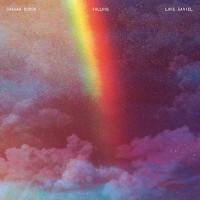 Blur’s Graham Coxon releases a special new single on Parlophone Records on December 15th. ‘Falling’ is a double A-side single which was written by the talented, but unknown song-writer and musician Luke Daniel.

One side features ‘Falling’ recorded by Graham and the other features Luke Daniel’s original recording of the same track.

Proceeds from the sale of this single will be donated to CALM (the Campaign Against Living Miserably), an award-winning charity dedicated to preventing male suicide, the single biggest killer of men under the age of 45 in the UK.

A. “Falling” – Performed By Graham Coxon

B. “Falling” – Performed By Luke Daniel