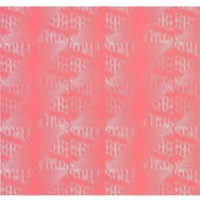 Portico Quartet bring their powerful live performance to record. Drawing on the inspiration of electronica, ambient, classical and dance music, they take their strange, beautiful, cinematic, future music to exciting new vistas. Live/Remix is a double album offering a unique insight into two distinct parts of the band's personality. Live catches the band on tour in 2012 and features tracks from last year's eponymous album, Portico Quartet, as well as new arrangements of old favourites 'Clipper' and 'Dawn Patrol'. The hard won collective empathy that is at the heart of their sound remains the primary touchstone as Portico Quartet take the listener on a journey into the heart of their inimitable electro-acoustic-ambient music. Delivered with a powerful punch, the album adds that extra drive and energy honed over years of live performance, and many pieces appear in dynamic new arrangements. East London based Swedish singer Cornelia joins for a truly epic version of their track 'Steepless'. Remix, curated by Portico Quartet, features mixes of their music by some of the band's favourite producers and DJs. Will Ward (1/3 of electronica outfit Circle Traps and a producer in his own right) keeps the ambience of 'Window Seat' but morphs it into a slow techno burner. SBTRKT, who did a mix for PQ back in 2010 - just before he went on to enjoy global success - gives a UK garage swagger to Line from the band's previous album Isla. Luke Abbott, well known for his use of analogue synthesisers, sticks almost entirely to the original recorded parts contorting 'Rubidium' into a fresh kaleidoscopic groove. Scratcha DVA, perhaps best known for hosting Rinse FM's grimy breakfast, but also a prolific DJ and producer in his own right, drags 'Laker Boo' into a darker, bassy more urban place that suits the tune's hypnotic vibe. LV take 'City Of Glass' to the dance floor. The sax has been twisted into new hooks and melodies and set against the drums, giving the tune some serious welly. Last summer the band ran a remix competition on Soundcloud for the track 'Steepless', and Capac came out on top from over 300 entries, sitting the vocal against a beautiful field recording, giving it an extra layer of intimacy and subtlety. Konx-om-Pax is a phrase purportedly used in the Eleusinian Mysteries and used by Aleister Crowley for his Essays on Light published in 1907. It seems fitting then that the producer should remix '4096 colours', a piece in which a recording made in front of Gerhard Richter's famous stain glass window was used as the backdrop and inspiration for one of Portico Quartet's most evocative tracks. Berlin is one of the band's favourite cities and Luca Lozano fronts the highly respected Berlin label Klasse records and is a regular DJ at Berghain. His take on 'Laker Boo' comes straight from the Berlin dance floor. Finally the album closes with the band's own enigmatic low key synth based remix of 'Steepless'.