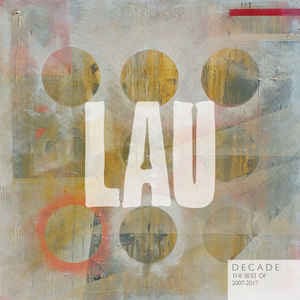 For many, few bands imbue the free spirit and ancient nature of the Scottish highlands better than Lau. For over a decade they've been the flag bearers of traditional Celtic and folk music; continuing song legacies older than the combined age of the band themselves. Which, by the way, are reassuringly current; not hiding behind a faux-traditional persona which many are guilty of in these circles but instead appearing as the swash-buckling Isle-lovers that they indeed are. Yes, listeners, Lau are the real deal, and one experience of seeing them live should be enough to convert you - the sheer level of musicianship, songwriting and instrument playing enough to overshadow the less accomplished and frankly embarrassing 'musicians' that often litter the charts and the press. There's an enchanted, quite mythical energy coursing through every one of these song's roots; which were chosen by long term fans of the band who delved into their astonishing discography to pick the best bits for this anthology. A wonderful introduction to this band who I've very quickly fallen in love with here after a recent, killer RNCN live performance which left me in absolute awe. The 13 track black, double heavyweight vinyl is limited to 1,000 copies (for the world) and features bonus song Lord Yester (first time on vinyl). It's a sprawling epic, well over an hour and the perfect glimpse into the various facets of the band: from the spiraling, traditional Celtic numbers which build into an epic, looping climax, to the star-lit, electric folk meanderings which set them apart as a formidable live act. In one breadth you could be swilling vintage drams in a candle-lit pub deep on Orkney, with the band unassumingly playing in the corner, the next you could be dazzled with psych-folk shimmers and beguiling vocals that come out of nowhere, the band remarkable at keeping you second guessing what's coming next. In short, I implore you all to get involved in the sounds of this all encompassing act, if not for a brief moment of transportation into an older, purer and more honest world than that which we seem to occupy now. A masterpiece. - Matt

Matt says: Gig of the year for me in 2017. Capturing that character, energy and songsmanship onto wax is quite a feet - but they've done it! Phenominal.

Singers & PlayersRevenge Of The Underdog