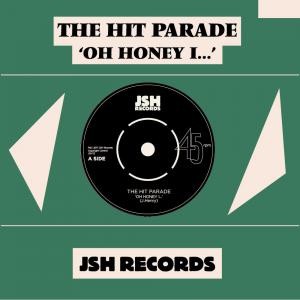 One of the UK's most obscure but dearly-cherished indie bands THE HIT PARADE release their twelfth single on 7" vinyl on JSH RECORDS on 1st December 2017. "Oh Honey I..." is a new song, a three minute pop lament to 1961 classic British film "A Taste of Honey" recorded in lo-fi mono and produced by R G Watts. The B-Side "History of Art" is another new song, an imagined portrait of British novelist Elizabeth Jane Howard (1923-2014) in later life.