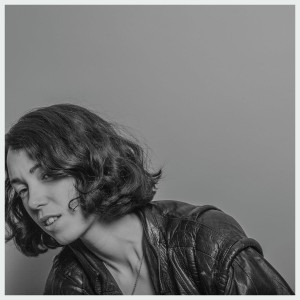 THE PICCADILLY RECORDS ALBUM OF THE YEAR 2017.


Without wishing to get too jackanory, I'm gonna start this review with a little anecdote. Way back in April 2015, when I was a little younger and lot lighter, Kelly Lee Owens strolled into our glorious establishment and casually inquired if we'd be interested in stocking her self-released debut 12". Always a sucker for something new, limited and hand labeled I took a cursory ten copies off her hands as she left for the train station. Approximately four minutes later, as the dreamlike shimmer of ghost-pop paean "Lucid" echoed through my headphones I called the number she'd left and asked if she could drop off another thirty copies without missing her train.

Fast forward two years and three Piccadilly Record Of The Weeks later and the Welsh wonder is back with a majestic full length on the excellent Smalltown Supersound. As she leads us through ten tracks of spectral techno, nebulous synth pop and squelching waveforms, Kelly meditates on anxiety, sadness and darkly-shaded ecstacy, pouring pure emotion into an expansive electronic landscape. Previous 12" tracks "Arthur", "Lucid" and the hypnotic "CBM" sound better than ever next to the brooding synth soul of "S.O." and late night mysticism of Jenny Hval collaboration "Anxi", while the bleep heavy "Evolution" is a sultry, seductive club cut for very late in the session. For me, this LP perfectly captures those moments when you get home from the club with a loved one and settle into that time honoured pre dawn routine. It's intimate, emotional, sexy and slightly blurred - in other words, midnight music at its finest.

Patrick says: An absurdly accomplished debut, this is just about as Piccadilly as it gets, referencing our collective favourites and transforming them into something fresh and exciting. Harnessing the Cocteau’s, MBV and JAMC, as well as the rhythmic thrust of Chicago and Detroit, KLO trades in immersive, psychedelic pop music, as danceable as it is dreamy. Swathes of hazy synthesis eddy and whirl beneath crystalline vocals, lending the music an aquatic depth matched perfectly by the intimate, expressive lyrics. Fusing the outsider musings of Arthur Russell with Bjork’s cryptic poetry, Kelly meditates on anxiety, sadness, identity and ecstasy, pouring pure emotion into an expansive electronic landscape. A dynamic listen from start to finish, the LP ranges from the hypnotic thump of ‘Evolution’, ‘CBM’ and ‘Bird’ to the medicated daze of ‘S.O’, ‘Lucid’ and ‘Keep Walking’, constantly varying tempo and intensity on its way to sprawling closer ‘8’, a wonderfully blurred end to this nocturnal journey.