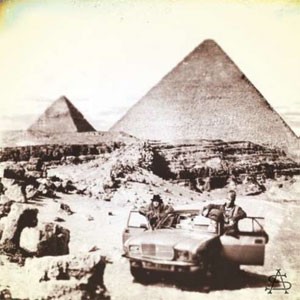 A hybrid meeting of two musical voyagers working at maximum velocity for the betterment and detriment of all human kind. Join Steve Mason (The Beta Band) and Martin Duffy (Primal Scream) as they take you out of this world, into near Space and back to planet Earth again with their collaborative four track mini album, ‘Livin’ In Elizabethan Times’.

Rush released before imminent, full disclosure, this musical space ride from Alien Stadium is the sound of two enormous brains working in unrestricted full flow. This record is inevitable and is beautiful, frightening and enlightening. 30 minutes of music.

Barry says: A collaboration between two of the biggest names from two of the biggest bands in indie music history is always going to be an exciting prospect, and this does not disappoint. An equally weighted, and beguiling mix of the sounds you'd expect from both camps. Brilliant.