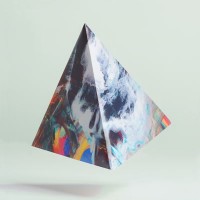 More esoteric genius from Manchester's Gondwana.
Started by Matthew Halsall in 2008 they've slowly become one of Piccadilly's favourite labels and can claim fans in Gilles Peterson, Mr Scruff and DJ Shadow.
While the jazz of Halsall and GoGo Penguin might have established the label, with recent releases such as Portico Quartet, we've seen them embrace the new ambient and neo classical movement and with this latest release, from Leed's Noya Rao, a new direction again.
If you're a fan of Little Dragon and Bonobo or the alt RnB of Kelela or Jesse Lanza then this is the album for you.
Icaros takes the listener on a journey through the band's unique sound-world amplified by Tom Henry's bold and inventive production techniques. Sometimes fragile, sometimes raw and visceral, it's an album of stark contrasts.

David says: One last release for the year from our favourite label of 2017, Gondwana. Noya Rao walk a line somewhere between Alt RnB and jazz, difficult to pigeonhole and all the more refreshing for it. Awesome.