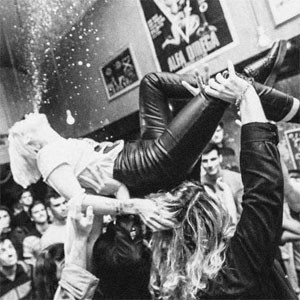 Thee MVPs are closing out a very solid 2017 with a brand new 45 of two solid gold rippers. Already this year the band have smashed a 36 day world tour across America, SXSW and the UK, opening for notable acts like Meatbodies, Television, Mystery Lights, Night Beats and Pulled Apart By Horses as well as numerous international and national shows.

In the final months of a year we can all agree has been caked in shredded nerves, it's only fitting that Thee MVPs newest single ‘Sesh’ is a 3 minute stomper of low tuned riffs set against some Weezer-style vocals, which addresses the issue of the ‘session’. It only takes about 10 seconds to realise the lyrics ain’t the happy message that’s being rolled out on the upbeat guitars. A song about dealing with your lot as a millennial and using the drink just a tad too much to see you through the week, it’s the Thursday morning rush of the guilts soundtrack you brought on yourself for already having two benders this week.

Mastered at Abbey Road and recorded by hard hitting producer Wayne Adams, Thee MVPs know their way around a tune and a riff and a beat in that way only a group with 200+ gigs and countless tours will know, with an upcoming UK tour supporting Together Pangea and some special release shows planned across the UK and mainland EU, dig in deep to these very excellent cuts of classic / punk / garage / pop / whatever rock.