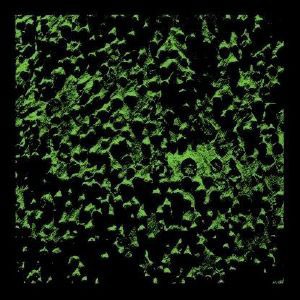 Efficient Space can do no wrong right now, and the Australian label continue to give us the good stuff with a solo 12" from Psychologist-turned-producer Andy Rantzen. After peaking mass muso interest with Oz Waves' resurrection of "Will I Dream", the producer is back on the label with "1/66" - a collection of four dubs from his 1999/2000 archives. Home recorded above a lawyer’s office and next door to a brothel, the retrospective is lead by the earth shattering digi stepper "Rock Steady". Wasting no time fucking about, this rough as fuck rudeboy cut hits us with seismic kicks, sparkling stabs and plenty of dub fx, eventually adding a garbled vocal refrain and seriously subby bassline for full frequency impact. As one batshit breakdown rolls into the next, 'did I spill the bong on the mixing desk?' mayhem ensues, calling to mind the craziest corners of the On-U archive. Next up "Green Man" may satisfy all your breakbeat cravings, coming live and direct with irresistible rhythm patterns, screwy samples and the kind of drugged up downbeat vibe AFX and BOC delivered around the turn of the millennium. Things cool down a little on the flip as Rantzen rocks us with horizontal heaters "Fantasy Dub" and "Green River". The former glides from glacial digi-dub to naive FM synth melodies while the latter lollops from brookside babble to bleep-led bongripper in a few simple steps.

Patrick says: Equally adept in house, techno, lo-fi experiments and digi-dub - we've got ourselves a proto Ruf Dug right here. Rantzen's demented digital skank is currently topping our Piccadilly pops. Grab a copy while you can!