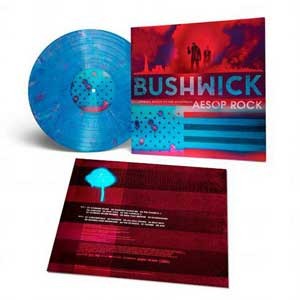 First ever film score by critically acclaimed hip-hop artist Aesop Rock. Fans of DJ Shadow and Cut Chemist are surely already up on this guy? "Bushwick" is an independent, American action thriller, screening at the Sundance and Cannes film festivals earlier this year. The sounds hint towards Shadow's heavily crate-dug aesthetic but blend intricate electronic elements in with the source material, making for a galvanized, otherworldly listen that aligns itself as much with Ridley Scott's sci-fi futurescapes as it does present day dystopia. An encompassing, balls-out listen that perfectly encapsulates the claustrophobic nature of the film.