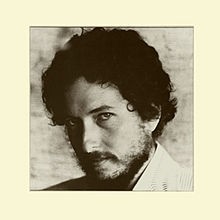 This is the album that might have saved Bob Dylan’s career. At the least, it proved the icon still relevant. It immediately followed what remains the artist’s biggest disaster, Self Portrait, a nearly unlistenable attempt that caused many to wonder whether Dylan had lost his mind. If intended as a joke, it bombed, making the sublime New Morning all the more important to restore faith in the singer’s creativity and songwriting prowess. It did all this and more, and would stand as his finest studio effort during a five-year span. “Many of the songs seem to have been made up on the spot, with confidence in the ability of first-rate musicians to move in any direction at any time,” wrote Dylan expert Greil Marcus in his original review for The New York Times. These observations hold true today, for the 1970 effort claims a daring flair Dylan rarely exhibited on albums before or since. An enthusiasm and excitement surrounds his singing, and his work on the 88s underlines the liberating arrangements.

Mastered on Mobile Fidelity’s world-renowned mastering system, this restored album spotlights the open, woozy sound that welcomes wholeheartedly Dylan’s piano, several eager guitars, female background singers, Al Kooper’s organ, and snappy drumming into a world of their own. The instruments retain an off-the-cuff sensibility relating to a nightclub atmosphere or live stage feel. On this reissue, notes naturally dangle and fade, allowing the playful vibes and humor to come through like never before. Consequently, New Morning can be experienced with newfound perspective.