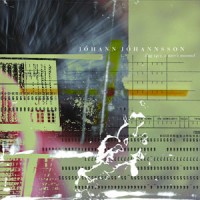 Never before pressed on vinyl, "IBM 1401, A User's Manual", is one of Jóhann Jóhannsson’s most loved works. Released in 2006, the decade since its release has seen Jóhann establish himself as one of the most important composers in the World today, most notably scoring movies such as Arrival, Sicario and The Theory of Everything.

Inspired by the work his father did in the sixties when chief maintenance engineer of one of Iceland’s first computers, Jóhann originally wrote "IBM 1401, A User's Manual" to accompany a dance piece by long-standing collaborator and friend, Erna Ómarsdóttir. For this album release, he rewrote it for a sixty-piece string orchestra, with a new final movement (built around a poem by Dorothy Parker) and incorporating both electronics, and reel-to-reel recordings made by his father and friends in 1971 of an enormous IBM 1401 mainframe computer singing the hymn Ísland Ögrum Skorið by Sigvaldi Kaldalóns as it was being decommissioned.

The first ever pressing of "IBM 1401, A User's Manual" comes in a deluxe gatefold sleeve, having been reworked by Chris Bigg (v23) from his original design. Pressed on clear vinyl, two album tracks recorded in 2010 with the City of Prague Philharmonic Orchestra at the Rudolfinum, Dvorák Hall in Prague have also been added and are exclusive to this release.