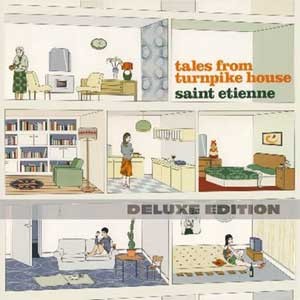 ‘Tales From Turnpike House’ is the seventh studio album by Saint Etienne. It is a concept album in which the songs depict characters who all live in the eponymous block of flats in London.

The album features two tracks co-written and produced by Xenomania (‘Lightning Strikes Twice’ and ‘Stars Above Us’) as well as a guest vocal from 1970s pop star David Essex on ‘Relocate’ (Essex had earlier appeared on the Saint Etienne album ‘So Tough’ via sampled dialogue from the 1973 film ‘That’ll Be The Day’).