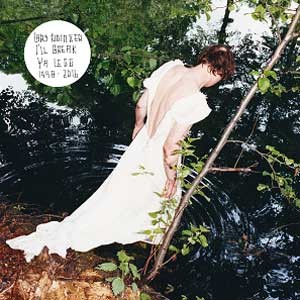 Lars Eidinger is an artist, born and raised in Berlin, working mostly as an actor at the Schaubühne theatre in Berlin. He is especially known for his interpretations of the characters Hamlet and Richard III in the eponymous plays of William Shakespeare in productions directed by Thomas Ostermeier. He also appeared in several German movie productions such as "Everyone Else" by Maren Ade, "Home For The Weekend" by Hans-Christian Schmid and "Blooms Of Yesterday" by Chris Kraus alongside international films such as "Goltzius And The Pelican Company" by Peter Greenaway, "Mathilda" by Alexey Uchitel and "Clouds Of Sils Maria" by Olivier Assayas plus German and international TV series like "Tatort", "Polizeiruf 110", BBC’s "SS-GB" and the Netflix series "Sense8" by the Wachowski Sisters. In 1998, during the time he was studying acting he released a 10" called "I’ll Break Ya Legg" under his name on !K7’s sub label Studio 54, produced on a PC in the basement of his parents house on a 4 MB sound card - the whole record is 100% sample based. The resulting sound is Lo-Fi, giving the whole tonal aesthetic a very rough and dark feel with a very melancholic and morbid atmosphere.

A1. There Sense Thus Weak
A2. Laughing Potatoes In A Microwave
A3. Ludicous Figure
A4. Empty Teardrop
A5. Hard Spoiled 96
B1. Dynamite Colabear
B2. Where Has My Love Gone?
B3. Park Without A Fade Out
B4. Sorehead In Amble Mood
B5. Looking Birds Holes In The Ass
B6. Sad Organ